The dynamics monitoring of footbridges, and bridges in general, typically relies on the measurement of the structural response only, at multiple points at the time. This enables operational modal analysis to be conducted, in which modal frequencies, damping and mode shapes are established. However, classical OMA on its own disallows the modal mass to be determined, which is an important design parameter, as encapsulated by the Scruton number and pedestrian Scruton number [1,2,3].

To this end, as a part of PhD project conducted by Maksat Kalybek, we set out to characterise the dynamics of a simple 3D tower frame by means of six motion capture systems (MCS). These systems included traditional wired accelerometers, 3D laser vibrometer (Polytec), two commercial camera-based systems (Imetrum and OptiTrack), and two systems based on a consumer-grade camera and open source image processing algorithms.

For the particular application we tested, we found camera-based MCS capable of delivering measurements of quality sufficient for the experimental modal analysis. These systems turned out to perform at their best at frequencies corresponding to the two horizontal modes of the frame at circa 2.7 Hz and 13.5 Hz, for which the error in modal damping and mass relative to accelerometry for all systems except that based on ArUco was below 10% and 20%, respectively. Given the uncertainty in the identification of these dynamic characteristics pertinent even to the well researched systems based on accelerometry, these results can be considered satisfactory and encouraging further efforts in the application of EMA relying on camera-based systems. 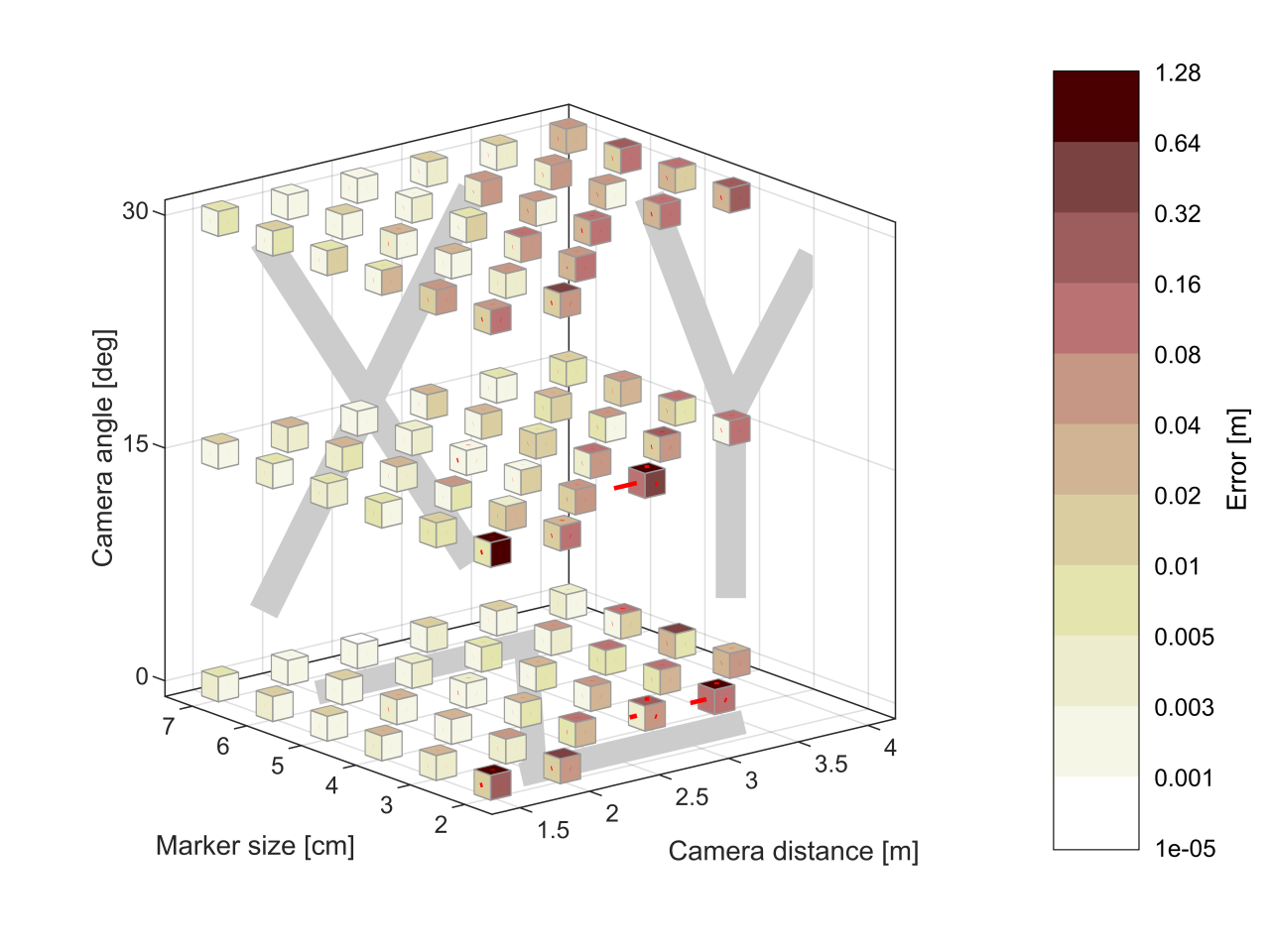